Posted on September 7, 2016 by lifewithautistickid 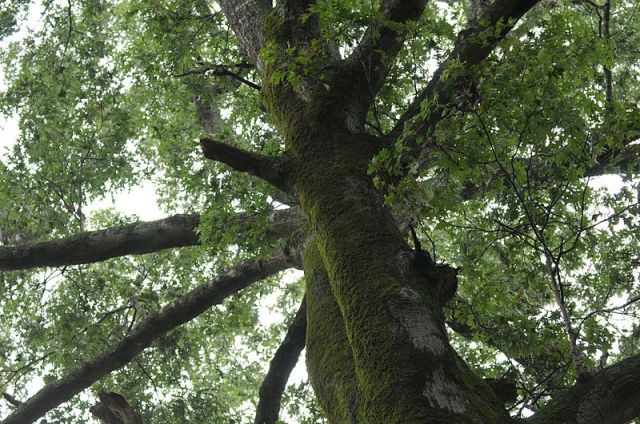 We strode across the grassy field of the campus. It was a quintessential June day: sunny with wispy clouds, pleasantly hot, stirred by a breeze filled with the fresh scents of cut grass and newly burst leaves and flowers. The grounds were spottily shaded by a canopy of mature oaks and maples, whose dark trunks provided contrast to the foliage of shrubs and evergreens, and the stalks of silver birch. It was beautiful June, idyllic and serene, a June day long dreamt about in the cold of winter and damp of spring.

Flashback 30 or so years. I was here before, I remember that concrete ramp leading up to the door of one of the buildings.  I was a young psychology student.  I stood somewhere at the base, nervously waiting to go inside: I was early for my volunteering appointment. The same spacious grounds shifted around me in my memory. It was this place, but it was different.  The brick buildings I recall looked dingy, now the yellow bricks were scrubbed clean and looked contemporary. The prison-like feel was replaced by a more academic persona.  Several colourful playgrounds now dotted the fields we walked through . What mattered most was on the inside.  Would we finally get help here?

I was enjoying the peaceful walk and the flicker of memories until suddenly N had one of his nasty bursts of temper.  He was fine in the waiting room, being a veteran of medical visits.  However the walk in an unfamiliar place got him confused.  My husband P attempted to calm him, while I continued into the building where we would meet a team of specialists who would consider whether he N is a candidate for their multi-disciplinary evaluation and intervention program.

The building where the meeting was held was the location of the services that we hoped N would receive.  It had the trappings of a respite home, being sparsely decorated, nothing loose that could get thrown about, nothing breakable not protected by a barrier of sorts. I was happy that the facility was obviously practical and safety oriented, and not window-dressed to please the average parent.

I was led to a room with a large table, where there were about 6 professionals already seated.

I always feel a bit leery about answering honestly certain questions, because the truth can be misinterpreted.  The big question I worry about is – is there presently danger of harm by N to himself or others?  If I say yes – I worry he will be put into some kind of “care”, where if anything, we could expect aggressive behaviours would get even worse.  If I say no – then I am not exactly telling the truth, and I am under-representing the problem.   I worry that if I reveal my feelings, my despair, my lack of personal resources, that I will become the patient instead of N, in addition to the worry that he will be taken away.  So I try to read between the lines before I say too much.  I had to feel out the personalities around the table.

The first question threw me – what were my expectations for the program.    My first thought was “I don’t expect much” in accordance with past experience  in other programs, but that response might be seen as having “tone”.  So I did not say that.  I had to think hard, because I have lost my dreams and hopes, and so I do not make a habit to anticipate future things any more when it comes to N, especially help.   Could I say that?  How could that be misinterpreted, let me count the ways!!!  To be honest, I did not really know what my goals were.  Yet if I say “I don’t know” or “please help me” or worse, nothing, then I look like a moron, or that I have not really considered what the program is about.   I finally uttered a vague goal that seemed neutral:”I want to keep him at home”.

UGH!  I regretted that as soon as the words left my mouth.   It is true, however I want what is best for him, and if that is not best for him then I need to understand why.  I have no ulterior motives.  A discussion of more general goals for N followed later and I said something equally regrettable “I want him to be happy.”    Yeah, I did it, i did the h-word faux pas. There ensued a brief commentary on “what is happiness”  and I felt my face going red with embarrassment.  Doh!  Happiness is relative.  How do I guide the team with something like that?

N and his dad joined the meeting once N was settled, and N was well behaved and charmed the team with his handsome smile and cute manipulative behaviours amusing to those who do not have to care for him 24/7.  We talked about how N was N and he would not change much.  I understood that, but I also knew that a small change for a normal person could be a huge change for him, for us.  I had sent them so much information, perhaps too much.  I resolved to send the team a few goals that could be achievable in my opinion.

What was clear to me  after the meeting was that we had not been turned down.  In fact, finally, after almost 15 years, I felt that we had been witnessed.  They were listening, they were interested in helping, they understood.  I felt that a huge weight had been lifted from me.   I actually felt light, I was galvanized by a bit of hope, that even if N was N and even if he would not change a bit, that something good would come of this.  I would have something in writing from experts that I could use to help him get the supports he needs in the future.

I am a Chartered Professional Accountant (CPA), with an MBA and BA. I have been fortunate to have had an extraordinary life with an autistic kid. I have learned so much from him about people and life in general. I want to make a difference by sharing my extraordinary experiences. Raising a son with severe autism and developmental disability has made me realize how we who are "normal" do not understand "disability". Instead of trying to "fix" people like my son by burying them in the community, I would like to see a society that respects and honors them for who they are. The potential is endless, in a world that can celebrate with sincerity, the dignity of the individual. Love and blessings to people of all "disability" . That includes you and me!
View all posts by lifewithautistickid →
This entry was posted in Reflective and tagged autism intervention, autism psychology, autism understanding, developmental disability, handicapped child, parenting special needs, respite care. Bookmark the permalink.

1 Response to Hope for Understanding – Autism/DD